Cholesterol is a waxy substance derived from food.  Low-density lipoproteins, LDLs, are considered “bad” cholesterol, because they can turn into plaque, a substance that sticks to vessel walls, blocking blood flow and making vessels less flexible.  High-density lipoproteins, HDLs, are considered “good”, helping to metabolize vitamins and minerals and remove LDL from the bloodstream.

Increased cholesterol levels put you at risk for stroke, heart disease and other serious

There are alternatives for controlling cholesterol that don’t include medicine.  Regular exercise and dietary changes can help reduce cholesterol significantly.

Cardiovascular disease is believed to be controlled through diet, exercise, controlling blood cholesterol and blood pressure, as well as getting sleep and banning cigarettes.  Yet, studies have revealed Chiropractic care may have a more dominant impact on lowering the risk of cardiovascular disease!

Dysfunctions in spinal alignment may be a significant factor in a number of disorders according to researchers.  Such imbalances can aggravate a person’s nervous system and lead to a variety of different dysfunctions!

The first study found that adjustments to patients helped lower heart rates for those with higher heart rates.  Chiropractic care is therapeutic for the parasympathetic and sympathetic nervous systems, which can directly affect heart rate variability. 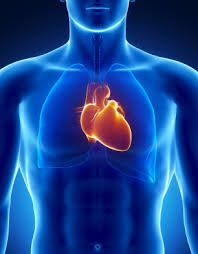 Researchers have proposed that back pain and heightened stress can cause a raise in heart rates.  Thus, researchers have suggested that Chiropractic intervention went right to the cause of the problem.

Another study investigated the connection between blood pressure and anxiety levels and the changes after subjects received chiropractic care.  Results showed a lowering in not only blood pressure, but also anxiety, again boosting hope that cardiovascular disease may lower with Chiropractic care.

Finally, a man at age 54 pursued chiropractic care and his lipid panel normalized.  Only Chiropractic care – not traditional care – was applied in his treatment.  The man went to the chiropractic office seeking care for abnormal lipid levels with a history of heart attack and angioplasty.  His lipid panel showed abnormal levels of cholesterol, LDL, HDL and triglycerides.  Additional complaints included emotional instability, constipation and stiff muscles in his neck.  He was also suffering from depression.

The Chiropractor evaluated him and found vertebral subluxations.  As a result of ongoing Chiropractic care, the man’s cholesterol, HDL, LDL and triglycerides had all improved and he reported an improvement in emotional and cognitive function.  Dr. Matthew McCoy published and conducted the above case study.  he both a Chiropractor and health researcher.  He stated that, ” All of these findings make sense because lowering nerve interference is the key to reducing problems related to cardiovascular disease, which is what the man in the case study experienced.”

Regular procedures for patients with heart disease include prescriptions for statin drugs.  This medication can cause harmful side effects and they DO NOT extend a person’s life span.

Instead of limiting Chiropractic care to pain and injury therapy, it is important everyone learns how Chiropractic can benefit their entire nervous system!