Statin drugs reduce blood levels of CoQ10; this depletion can cause muscle pain. CoQ10 is needed to be put back into the body to compensate. 100mg two to three times daily is recommended if you are statins.

Garlic has many benefits including its ability to lower blood pressure. It has also shown an ability to reduce the “stickiness” of platelets, thus lowering risk of blood clots. 600mg twice daily is suggested. 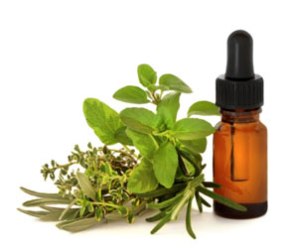 Red Yeast Rice is made by culturing rice with a strain of yeast. Chemically resembles statin drugs. Recommended for patients who have not had heart issues or an LDL of 190 mg/dl or higher. Dosing varies.

Omega-3 fatty acids in fish oil are anti-inflammatory which helps ease arthritis pain. Has helped in many rheumatoid arthritis patients as well. 4g daily is suggested.

Glucosamine/Chondroitin can help to ease arthritis pain in some patients. Most benefits are noticed within a month of daily use. 500mg taken three times per day is recommended.

This spice contains an anti-inflammatory compound called curcumin. Research shows it to be as effective as ibuprofen – without the damage to the kidneys! Olive oil and black pepper taken help to absorb curcumin/turmeric. 500mg capsules twice a day.

Butterbur is a plant that contains the compound Petasin deemed to be anti-inflammatory. Research has shown that after three to four month of daily use, migraine sufferers has a decrease in the frequency of their migraines. Petadolex is a type of butterbur supplement.

Magnesium is a key player in bodily functions ranging from protein synthesis to blood pressure regulation. It has shown to improve sensitivity to insulin thus lowering blood sugar in type II diabetes. Patients with advanced kidney disease should not use magnesium supplementation. 200mg to 250mg twice daily is suggested.

ALA is an antioxidant shown to improve numbness and nerve pain (neuropathy). In addition, it lowers blood sugar and helps control insulin. It is suggested to start with 300mg twice a day and progress up to 600mg over time.

As stated before, this supplement has anti-inflammatory effects. It does this by increasing certain white blood cells that help to decrease inflammatory substances. This helps overall inflammation of a diabetic patient who is predisposed to what is called metabolic syndrome. 4g daily is suggested.

Ashwagandha is an Indian root that has proven to reduce anxiety and mood swings. It helps to lower cortisol levels, which elevate in our body naturally in stressful situations. It can also help to unwind at bedtime. 3g to 6g per day is recommended.

This herb grows naturally in Siberia and the Arctic and has shown to lower cortisol and relieve stress-induced fatigue. Rhodiola increases the permeability of the blood-brain barrier to the “happy” chemicals, dopamine and serotonin, which cause an antidepressant-like effect. 100mg to 400mg per day can be used with fatigue from stress.

SAM-e is an amino acid used mainstream in Europe as an antidepressant. It is produced in the body naturally. Not safe for patients diagnosed with bipolar mood disorder. Suggested to start at a lower dose and gradually increase to 800mg twice daily.

Melatonin is a hormone that is produced in the body when it gets dark to make you feel tired. Shown to improve sleep quality and morning alertness. Used for jet lag, insomnia, cluster headaches and even pre-surgical anxiety. One to three mg at bedtime is recommended.

Lavela is a special formulation of lavender oil found to inhibit neurons that send signals to the part of our brain the triggers anxiety, the hippocampus. Suggested to take 80mg an hour before bedtime. 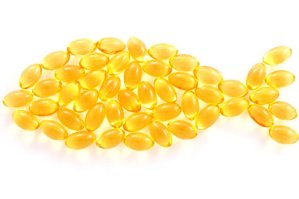 Typically patients with IBS are deficient in long-chain fatty acids, which is found in fish oil. One capsule with 500mg of EPA and 200mg taken daily is recommended.

GI health can be increased with probiotics. It can help to ease pain, bloating and flatulence. One capsule containing 50 billion live cultures is suggested daily.

This herb has been proven to ease hot flashes. It affects opioid receptors in the brain and acts as an antioxidant. The extract called Remifemin is suggested.

Typically used in addition to the above-mentioned black cohosh. iCool is a supplement made with the soy phytoestrogen genistein.

Echinacea has been used to prevent and treat upper respiratory infections like colds and flus. One dropperful of exract for adults up to four times per day is recommended.

Honey has been proven to be as effective as over-the-counter medications for reducing coughing. Adding the herb thyme to the honey can speed recovery. Mix a half-cup honey and a half-ounce thyme tincture. Adults can take one to two teaspoons of the mix and a half to one teaspoon for children over two.

Depression and anxiety begins in the brain but can be brought on by nutritional deficiencies. Proteins are made up of amino acids. These amino acids can be found in plant and animal foods.
Amino acids are important because the brain uses them to create neurotransmitters such as serotonin, endorphins, catecholemines and GABA. These neurotransmitters keep us feeling happy and calm instead of depressed and anxious.
A diet complete with high quality protein can help to correct this nutritional balance. You can count protein intake or eat whole meat cuts that include fat and even make broth out of the bones. In severe cases supplementation with specific amino acids may be needed to help support the body.

Hyperactivity is related to how the brain processes information and how the body can remain calm at the same time. Children with hyperactivity typically have poor bacterial flora and digestion. This makes it hard for the body to absorb nutrients. It is recommended to avoid processed foods and foods made with food colorings. It is also suggested to enhance natural broths to aid in digestion and to follow a good gut healing protocol that includes a natural probiotic.

Delayed Speech can be related to a deficiency in B12. Children should not be given a B12 supplement until tested for the specific deficiency, but increased intake of foods rich in B12 are a great alternative. These foods include organ meats, beef, chicken, fish, shellfish, pork, dairy and eggs. 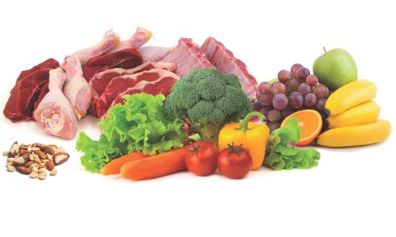 Dry skin and hair can be related to a deficiency in fat soluble vitamins such as Vitamin A, D, E and K2. This can be accomplished but supplementing with fermented cod liver oil at half a teaspoon per day.

The relationship between crowded teeth and nutritional deficiencies is well-recorded. Dr. Weston Price’s research on this subject found that those children who ate modern, processed foods or whose mother ate poorly during pregnancy, had children who developed poor dental structure and spacing. Those children who ate a traditional diet full of rich fats, complete animal proteins and properly prepared carbohydrates across the board developed even spacing of teeth and even had enough room for wisdom teeth.

Cavities are often thought to be a result of too much sugar or candy in the diet. Though this doesn’t help, cavities are found in children deficient in proper mineral and fat soluble vitamins. Purchasing grass-fed meats and dairy versus corn-fed and avoiding highly processed grains is a start.

It has been researched that fats (mainly Omega 3s found in wild salmon, sardines, herring, anchovies and mackerel) are vital for good mood stabilization. Good saturated fats from butter and coconut oil help keep these fats in our brain.

Hormones are also a player. Unbalanced hormones can cause us to feel irritable and moody. Carrots help to absorb extra estrogen in the body!

Research around the world has found that the development of the cranial bones (just like the development of the palate or teeth crowding) greatly improves when the mother ate a diet high in good fats (including rich saturated fats from animal products), whole proteins from seafood/animal meat and properly prepared grains. Vegetables and fruits were also included in these diets depending on the available season. Those who avoided processed food (including seed and vegetable oils, canned and packaged food) were immune to this problem.

When we eat foods that are not nutrient dense, our bodies are hungry. They become starved for good nutrition and that is why we do not feel satisfied. Our bodies are meant to feel satisfied with a balance of all real foods. When we stray away from these foods and start to eat processed food or restrict any macronutrient like fat, carbohydrates or protein that is when we become malnourished.

Get rid of infections without the digestive destruction with these: